20% more mortgages are being denied by big banks, sending borrowers to alternative options

Stricter mortgage rules are sending borrowers towards more risky lenders that are out of the regulator's view.

Mortgage brokers say the borrower rejection rate from large banks and traditional monoline mortgage lenders has gone up as much as 20 per cent after Canada’s banking regulator imposed a new stress test for home buyers who don’t need mortgage insurance.

As a result, alternative lenders are seeing an uptick in business as brokers increasingly direct home buyers toward borrowing options that are beyond the reach of the Office of the Superintendent of Financial Institutions’ newly enacted tighter lending requirements.

Clients who don’t meet the bar are turning to private lenders, mortgage investment corporations (MICs) and credit unions, which are provincially regulated and not required to implement the stress test.

Rejected loan applications to traditional lenders have risen by 20 per cent since Jan.1, when OSFI mandated a new stress test for uninsured borrowers, or those who have more than a 20 per cent down payment.

“A lot of these people should be bankable,” said Noble. “But they’re not.”

The guidelines, known as B20, are aimed at curbing risky lending amid rising household indebtedness and high home prices in some markets.

In order to get a loan from a federally regulated lender, home buyers have to prove that they can service their uninsured mortgage at a qualifying rate of the greater of the contractual mortgage rate plus two percentage point or the five-year benchmark rate published by the Bank of Canada. An existing stress test already requires those with insured mortgages to qualify at the Bank of Canada benchmark five-year mortgage rule.

Superintendent Jeremy Rudin has said OSFI is aware the stricter rules could have unintended consequences, such as sending borrowers towards more risky lenders that are out of the regulator’s purview.

Since the revised mortgage guidelines came into force, both the Bank of Canada of rate and benchmark rate has risen, dealing a “double extra whammy” to borrowers.  Brokers are seeing a higher rate of rejection and clients have to submit multiple applications to various institutions before finding a lender that works, he added.

In turn, there has been an 80 per cent increase in applications than last year.

Normally, we would see our volume going to the big banks and monolines, and now we’re seeing a little bit more of that, roughly up to 20 per cent… moving over to credit unions.

However, some credit unions have voluntarily implemented the new stress test or tightened their own requirements.

Vancouver-based Vancity Credit Union has voluntarily increased the stress test its members must meet to qualify for a mortgage.

Rick Sielski, Vancity’s senior vice president of risk, would not disclose the mechanics of the stress test and said it was too early to gauge the impact of the new guidelines.

“What we’re really trying to do is make sure we’re serving our market, serving our members in a responsible way,” he said.

The higher bar for borrowers is also shifting business to riskier lenders.

The demand is shifting down the ladder, so you have these less regulated lenders with higher risk tolerance now seeing materially more business. And they can charge more, and they can be pickier with the types of borrowers that they lend to. 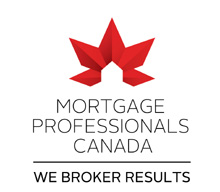